Have you seen this?

Social media. It’s an essential part of any DJ’s marketing armoury. But let’s be honest, some DJs just suck at it and shouldn’t even be allowed anywhere near Facebook or Twitter.

In this little fun post, I wanted to take a closer look at times when DJ’s failed horrendously with social media.

Please note – this is an on-going study of DJ social media fails, and will be updated when new fails and errors emerge. If you see or hear of any DJs getting social media badly wrong please comment so that we can update this list.

Probably the most infamous DJ social media fail in recent years was by the Lithuanian DJ and producer, Ten Walls. Not only does this guy have a shit DJ name, but it also turns out he’s a bit of shitty person, and can’t do social media either.

According to MixMag, he posted the following on Facebook in June 2015.

“I remember producing music for one Lithuanian musician, who tried to wash my brain that I don’t need to be so conservative and intolerant about them. When I asked him ‘what would you do if you realized that your 16-year-old son’s browny (anus) is ripped by his boyfriend?’ Well he was silent.”

OK so whilst it wasn’t actually the DJ who made this social media error, we still think it’s worth inclusion purely for how outrageous it is.

The agent of French DJ, Jeremy Underground was outed by a Scottish club promotor, for not only the outrageous rider demands the agent made, but also the threats of violence.

The agent in question demanded the five-star Sheraton Grand – where rooms start at £375 and suites cost at least £594 – because it offered a sauna and gym for his “stressed-out dude” client, and then went onto to send the following message to the promotor: 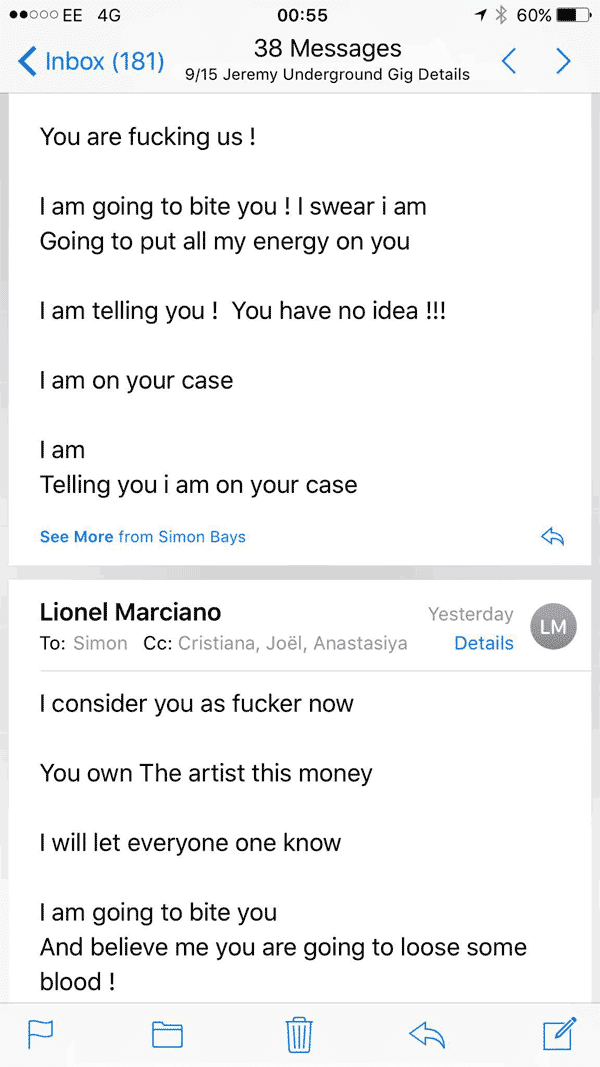 Soon after the incident, DJ Jeremy Underground posted an apology on Facebook saying his agent had “got a bit angry”. Hmmm… just a bit.

Have you seen any DJ social media fails recently? If so please comment below so we can update this resource.

link to How DJs Can Use Spotify for Increased Brand Exposure and Marketing
Building your brand as a DJ is an essential part of your marketing strategy. For an in-depth look at how you can market yourself better, I would recommend you read the Ultimate Guide to DJ Marketing to get you started. One aspect I covered in depth in that guide was how you can increase your […]
Continue Reading
link to The Ultimate DJ Marketing Guide to Promotion: How to Promote Yourself as a DJ (Online & Offline)
You’ve spent hours, days, weeks, months, and perhaps even years learning your craft in the bedroom as a DJ, and now feel it’s time to get club or event gigs. But how can you promote yourself as a DJ? Not just online or in a particular music genre or industry, but also offline, perhaps in […]
Continue Reading

The DJ Den website is an active participant in the Amazon Services LLC Associates Program. This affiliate advertising program is designed to provide revenue and advertising fees by recommending and linking to amazon.com products. As an Amazon Associate I earn from qualifying purchases.